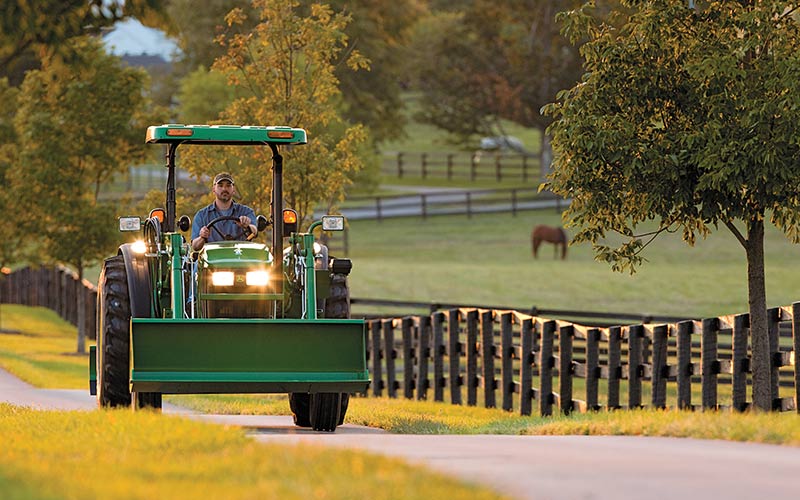 Over the past decade, emissions standards for off-road diesel engines have undergone drastic changes. If you’re confused about Tier 4 standards and what they mean for your engines, here’s what you need to know.

Your newest tractor is likely built with Tier 4 Final technology, and you may have some Tier 3 or earlier engines in service.

From our point of view, and from our customers’, compliance with these regulations hasn’t been easy. The new engines, built far far more stringent standards imposed by the EPA, emit far less pollution, but the new technology has also raised the price of new engines by up to 10%. We know the extra cost and added maintenance is a problem.

Another issue we run into is resale. Most tractors on the resale market wind up overseas. The new filters and exhaust systems require a low-sulfur diesel mixture. In the US and Canada, that’s all that’s sold. Overseas, it’s a different story. Low-sulfur diesel is not common, and regular diesel will wreck the new engines. The workaround for that situation is a detuning kit… and another added expense for the owner.

We get it… but we must comply with the law.

The primary goal of the EPA is to reduce two types of emissions. Unburned solid particulate matter, aka PM, comprised of hydrocarbons (soot), and nitrogen oxides, or NOx.

Here’s how reducing emissions is done:

Tier 3 regulations introduced EGR to diesel engines. EGR sucks in some of the exhaust and mixes it with fresh air and running through the combustion chamber. When the mixture ignites, the exhaust produced has less pollutants. This helps your engine run cleaner, cooler, and more efficiently.

New engines are higher horsepower, and with that power came new challenges. To reduce the PM output, most manufacturers began building engines with a diesel particulate filter, or DPF.

The DPF filter is a honeycomb structure made of composite materials: cordierite, silicon carbide, or metal fibers. These materials trap the PM as it flows out of the exhaust pipe.

So what happens to the trapped soot?

Much of the time, exhaust temps are high enough to burn off the particulates. But over time, some unburned particulates remain. Without cleaning, the DPF would fill up with particulates and explode from too much backpressure. To avoid issues, manufacturers designed the filters to clean themselves.

When a DPF is full and backpressure starts to build, the engine computer (ECM) triggers the regeneration process. A stream of diesel fuel is directed into the DPF. This raises the temperatures to burn off the buildup of PM.

Some systems automatically regenerate. Others have a warning light that tells the operator to start regeneration. Since regeneration raises the temperature in the exhaust system, it’s important to be in an area clear of combustible materials during regeneration.

DOCs are similar to catalytic converters in cars. The filters have a catalytic coating that changes the chemical composition of pollutants like carbon monoxide, hydrocarbons, and diesel particulates to carbon dioxide and water.

DOC is sometimes used with a DPF, but in smaller engines, a DOC is often sufficient on its own. The advantage to a DOC is that it never needs cleaning or maintenance.

Tier 4 Final standards included a significant reduction in NOx levels. The EGR deals with some NOx, but large engines require extra measures. SCR is the solution.

SCR is an exhaust aftertreatment filter added to a DPF or DPF/DOC system. In the SCR, the exhaust is sprayed with water/urea mix, commonly called diesel exhaust fluid (DEF), a chemical catalyst that changes the NOx to water and nitrogen.

The disadvantage to SCR systems is the need to keep DEF solution in the tanks. Running out can be a real problem for your engine.

As the technology for reducing emissions was introduced, the engines were upgraded as well. The new engines are cleaner, more fuel efficient, and more powerful.