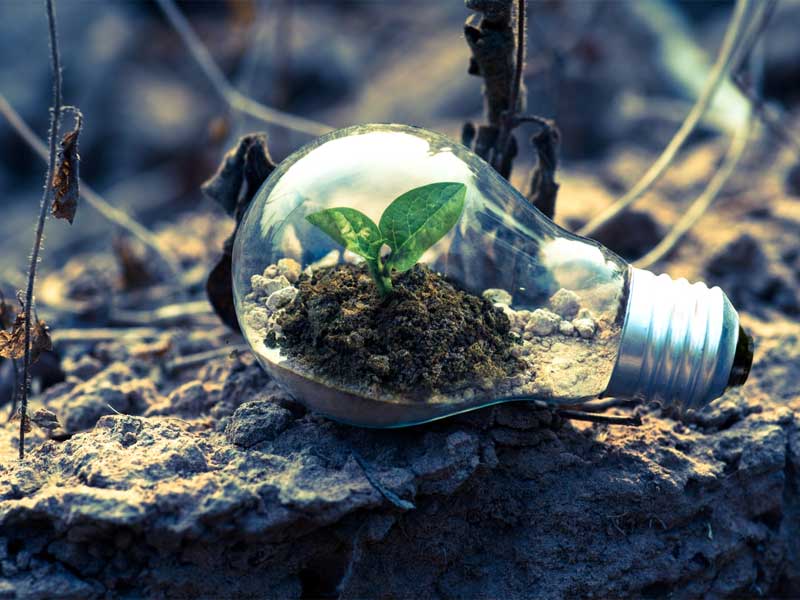 Conservation tillage farming not only improves soil, but saves money and time as well. Only a percentage of farmers use this method in Georgia, however. Most farmers still use traditional tillage methods. Conservation tillage is a great way to manage the land and keep the soil healthy. Natural resources are important to conserve, and no one is closer to them than farmers. Such farming methods, which mimic the biology of untouched earth and decrease erosion, can revive deteriorated land and encourage growth.

Farmers who practice soil conservation methods save time and money by cutting down on labor and they don’t have to constantly replace soil, which leads to significant profit.

Conservation tillage farming starts with a cover crop. Cover crops are plants that are grown during inactive seasons of the year (typically late fall and winter), after the main crops have been harvested. They enrich the soil and build up organic matter, which ultimately adds nutrients to the soil and results in decreased erosion. Cotton or rye are commonly used for cover crops.

Crop rotation is another helpful technique in conservation tillage, which pretty much just means planting different crops in the same field, but at different times. The benefit of this is that some plants take nutrients from the soil, while others add them. Rotating and changing crops that use different nutrients keeps land fertile.

To create buffer zones, plant sections of vegetation between the fields and bodies of water. Buffer zones next to lakes or streams help keep the soil in place and out of the water. Water that flows from the field to the main water source also filters through the buffer zones.

Typically, tilling is how farmers prep their soil by mechanical agitation in different ways. Stirring, digging, and overturning are methods used to till land. Manual tilling with the use of hand tools include shoveling, picking, raking, and hoeing. Tilling the soil makes it easier for crops to grow, however, tilled soil is loose and susceptible to the elements. It can be washed away in the rain or blown away in the wind. The no-tilling method not only conserves soil, but it also locks in moisture when it rains, keeping the soil moist and healthy.

Repeated tilling and plowing degrades soil, and kills off its natural biology. Fungi, earthworms, and other beneficial elements to the soil are destroyed, leaving the land deprived.

Deprived soil requires a lot of synthetic fertilizer in order to produce high output. You know fertilizer is pretty expensive, and pollutants in the fertilizer can also end up in rivers or streams after the tilled soil has washed away after a good rain (buffer zones help prevent this).

When you leave fields unplowed and use cover crops, you maximize the amount of organic matter, making it unnecessary to use not-so environmentally friendly fertilizers. You save your organic soil processors – bugs and worms – and naturally create more absorbent soil.

More absorbent soil is resilient, and less vulnerable to floods and droughts. Conservation techniques assist in the protection of water sources and help soil keep carbon dioxide contained rather than releasing it into the air, where it becomes a harmful contributor to climate change.

Practicing a no-tillage method requires a no-till seeder, which can be GPS guided, and powerfully drills through residue, effectively and precisely planting crops. Some farmers who use the traditional, old-school methods believe it is a waste of money having to invest in new equipment, and putting their tilling equipment aside. But when we’re hit by drought, soil that is conserved can still be used. This is the reason many farmers now are switching their practices to no-till. Wise investment in new equipment usually pays for itself in the agricultural industry. You just have to think long-term and consider overall benefits.

Another concern is that the government will eventually regulate how farmers use fertilizer, due to the mass amounts of runoff that comes from cropping soil into water sources. There’s a lot of talk about dead water zones in areas with a lot of agriculture, and we’re all pretty fond of clean water, right? So if you can save money, save time, and keep your own water source clean, it sounds like a pretty good deal.

When it comes to switching to conservation tillage farming, patience is key. It does not just happen overnight, especially when the land is already overworked and degraded. Deadened soil can take several years to fully recover and regain natural organic matter. There is no one specific way to go about it, and farmers must adapt and use what they learn about conservation farming to their own crops and land.

If you want to transition to the new techniques, keep in mind the end game: saving time and money, keeping their soil resilient and healthy, becoming more environmentally friendly, and of course, maximizing profit. There is nothing better than consistently healthy soil when it comes to farming. Making the switch takes time and perseverance but in the long run will go a long way in farm conservation.